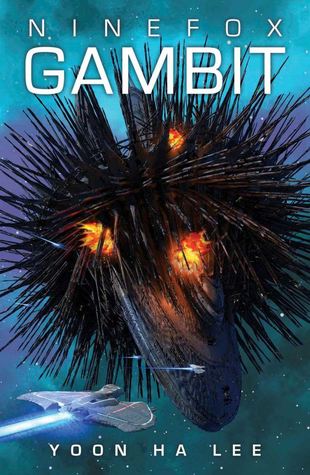 I wasn’t really expecting to love this book quite as much as I did. I’d seen it show up on new release lists for a while, but I just never felt that drawn in by the premise. Then after finishing The Telling I wanted to read a book released this year, and Ninefox Gambit was the first one that came to mind.

Gambit is right up my alley; military SF, which runs on Clarke’s Third Law (any sufficiently advanced technology is indistinguishable from magic) and the ‘show don’t tell’ method of storytelling. After reading the first chapter, I thought that Lee might have gone too far with this approach; I just could not wrap my head around how the technology of this future universe worked. We have an infantry division that can cause magical shielding effects or heat lances by marching in formation and enemy storm machines, both powered by different ‘calendars’.  The technology is totally alien, and only vaguely explained. I thought that this would prevent me from really appreciating this book, but there was something else I noticed straight away; this book is a visual masterpiece. We have an army within a storm shooting up banners made of holographic fire and drawing laser swords. How cool does that sound? I stuck around, and eventually the pieces of this future ‘calendar’ technology and the society that uses it began to fall into place.

At first, I was thinking of the calendar as what we would get if things like astrology and numerology were real and scientific and could be improved upon. We have broadcast nodes throughout the galaxy that allow the laws of reality to be changed in that section of space. The laws of the new reality are dependent on complex mathematical formulas, but you can’t just enter some numbers into a machine and change how the universe works. Your entire society must live those equations. Something as simple as soldiers standing in set positions to form a ‘magic’ formation, or an entire society observing remembrances and feasts at the same time. In this universe, the rituals, symbolism, and most importantly, the beliefs of the people are what makes the technology work.

Enter the Hexarchate. An interstellar civilisation completely dependent on this technology to function. This dependence dooms them to a constant state of war, since ‘heretic’ neighbours that use different calendars could impact how reality functions along the borders, so they have to be converted. The Hexarchate is also probably the most controlling dictatorship ever imagined; the beliefs of every citizen matter when it comes to maintaining the calendar, so every citizen must act in the proper way. The Hexarcharte is ruled by six factions, each tasked with maintaining the calendar by brainwashing the citizens and fighting the ‘heretics’ who stray from the norms needed for the calendar.

As you can tell, this is a complex story that asks a lot from the reader. There are big ideas, and a lot of room to misunderstand what’s happening. Some parts were quite confusing, and at the start, I didn’t think I’d love this book. Even as I got more into it, I thought the complexity would ultimately count against the story. However, I gave this story a 10/10. In the end, I don’t think the lack of explanation hurt the story at all. I can understand that trying to figure out the rules to this universe as you go might be a big turn off for some readers, but as I got more into the story I found it mattering less and less.

It helps that we have some very memorable characters to follow. We start with Cheris, an infantry captain with a gift for mathematics. She uses this gift to adapted her division’s formation to take advantage of a heretical calendar; which as you can imagine, is a big no-no even if it does prevents soldiers from being massacred. Rather than ‘re-educate’ her though, the Hexarchate decides to use Cheris’s skill to recapture the Fortress of Scattered Needles. To this end, she is implanted with the consciousness of Jedao, an undead general who never lost a battle, but slaughtered his own army. Obviously not the sort of person who can be allowed to live, but why waste such talent?

The relationship between the two is absolutely amazing to read about. Cheris is promoted to general for the mission, and Jedao becomes a mentor to her. A mentor who Cheris knows she can’t really trust; a mentor who has gone insane and killed millions before. Cheris also cares a lot about the soldiers under her command. She is used to fighting alongside her soldiers, and hates having to abandon them. Jedao however is more used to being a general, and is better able to make decisions on when they need to sacrifice soldiers. Cheris must rely on Jedao to help make these life and death decisions, without knowing whether he is a madman or a genius. The fact that they are always together (Cheris even sees Jedao when she looks in the mirror or at her shadow!) means their personal relationship inadvertently develops. And it doesn’t develop into a romantic relationship. Hallelujah!

Cheris and Jedao are both characters we come to deeply care about, and whilst no-one else is anywhere near as memorable as them, the supporting characters still feel quite real. During the middle of the book, while Cheris and Jedao are making decisions on what to do with their invasion force, we often cut to the action on the fortress where we see characters dealing with the decisions that Cheris and Jedao make. These characters are only ever shown in one scene each, but it really drives home that war isn’t a game of numbers; when you order people to their deaths, you’re ordering real people to die.

I also feel the need to point out that Lee is an amazing writer. His descriptions are so emotive; poetic without being too purple. Cheris comes across the remains of a battalion annihilated by an exotic weapon, and the remains are described like this;

“Feet scraped inside-out next to unblemished boots. Black-and-gold Kel uniforms braided into cracked rib cages. Gape-jawed, twisted skulls with eye sockets staring out of their sides and strands of tendon knotted through crumbling teeth. A book of profanities written in every futile shade of red the human body had ever devised, its pages upended over the battlefield from horizon to horizon.”

As you can see, Lee can write a very evocative sentence. More importantly, he knows when to get the fancy words out and when to take a more prosaic approach. The beautifully disturbing metaphors and similes pop up only where they work.

This book also has an interesting take on gender. No big deal is made of the fact that Cheris and Jedao are of different genders, and given that Cheris and Jedao share a body, it becomes interesting which pronouns are used by different characters in different scenarios. At this point in the story, most of the key characters seem to be female, but this is not to the detriment of the male characters. This story also takes a more nuanced approach to male rape victims than I’ve ever seen. I guess that’s not saying too much though, since it’s not a topic that’s brought up often. Oh yeah, trigger warnings for a rape scene in this book.

I love this book. The new Pokémon games came out just after I started reading it, and I often found myself reading this while I could have been catching them all, that’s how much I loved this book. But I understand that not everyone will be able to get into it. Ninefox Gambit is a book with fascinating ideas, wonderful characters, and a long hard look at the horrors of war. If you stick with it, you’ll take a ride in one of the most alien and thought-provoking worlds I have come across. But it isn’t an easy read. You are thrown into this world with no preparation, and it will take a while for the terminology to make sense.

I cannot wait until June next year, when the sequel; Raven Stratagem, is released. Looking forward to more calendrical rot.

One thought on “Review – Ninefox Gambit” 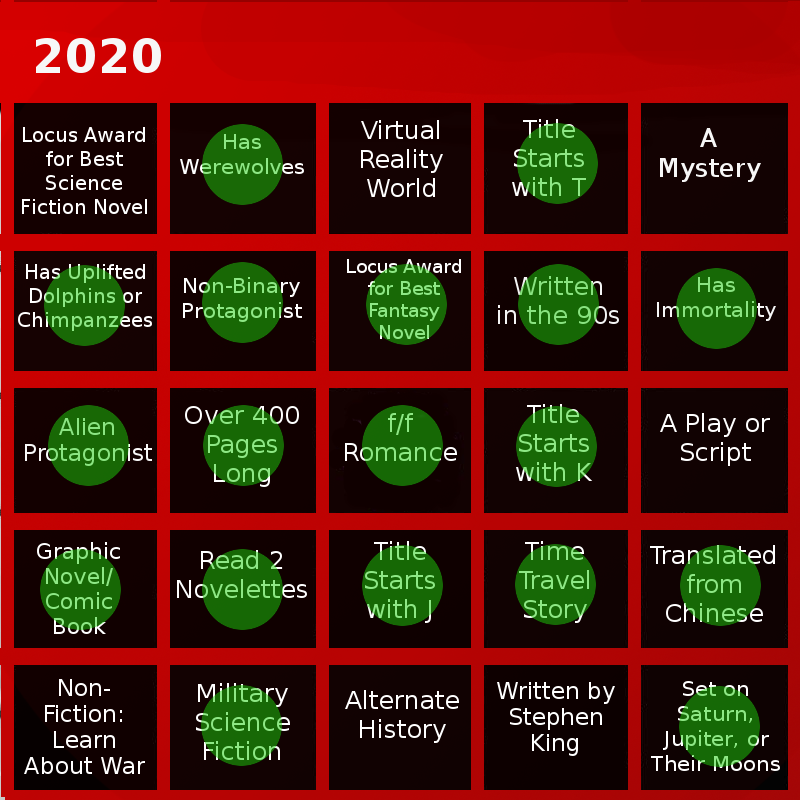