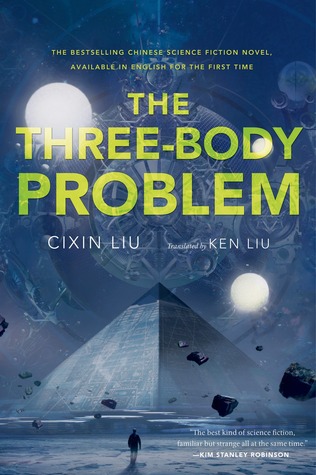 I’m a bit late to the party here. This book has already sold over a million copies in China, and the hype for the English translation was massive back in 2014. It then went on to win the Hugo Award for Best Novel in 2015, and everyone was talking about it at the time. Now the conclusion of this series, Death’s End is out, but I’m still just starting the series.

Let me first say, that I can see where all the hype comes from. This story is amazing. I really should have read it sooner. If you like hard science fiction and have heard of this book, I recommend you get it. If you are interested in an alien contact story told from a Chinese perspective, then get it. If you don’t like your science fiction hard and don’t want to explore complex ideas in physics and computers… then maybe give this one a miss. I wouldn’t say it’s as hard as some of Hal Clement’s stuff, and the focus is more on humanity than technology, but there is a lot of complex information in there, and the characterisation could be better.

I suppose there are a lot of info-dumps at times, but they were important enough, and spread out enough that I rarely felt like I was reading info-dumps. There are also some violations of the ‘show don’t tell’ rule that I think are justified due to the fact that this is a translation. There are a lot of translator’s footnotes, but to keep them to a minimum translator Ken Liu did add a few sentences to explain things that are such an obvious part of Chinese culture that the author had no need to explain them in the original text. Like how ‘Da Shi’ is a nickname that means Big Shi, or certain information about the Chinese Cultural Revolution. Sometimes this info-dumping stands out in a bad way, but I think leaving them out would have hurt the translation.

Reviewing this book is hard, because it’s very easy to spoil the plot. Not because there are any huge twists in the story, but because it’s the kind of story that works best when you go in completely ignorant of what’s happening and make those discoveries along with the characters. If this is your first time hearing about Three-Body Problem and you think it’s something you’ll want to read, my advice is DO NOT READ THE SYNOPSIS. You aren’t going to get any Snape kills Dumbledore level spoilers, but I think you’ll have more fun not knowing much.

That being said, I better say something about the plot. Basically, we start with Ye Wenjie, who sees her father publicly beaten to death during the Cultural Revolution. She then gets really screwed-over during the 70s, and does something that will change Human history. We then cut to the present, where nanotech engineer Wang Miao is asked to help investigate a bunch of strange suicides amongst elite scientists. Somehow, everything is connected by a virtual reality game called Three-Body, which is like Civilization but with frequent apocalypses. Also, there are aliens in there somewhere, and how Humans react to them is very important. I wish I could say more about the aliens; I think I drove my partner crazy talking about them.

Before I go, I should mention that this book is being made into a movie in China. It was meant to be released last year, but got pushed back to this year. As of now, I can’t find a trailer for it, but I am still pumped to see some of the scenes from this book brought to life.