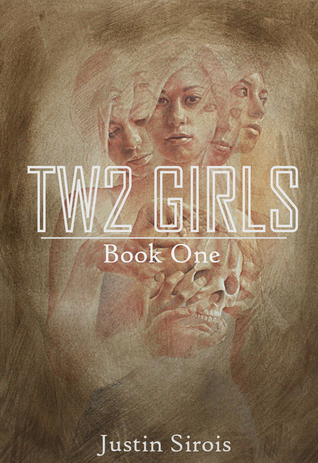 I came across this book on the Kindle Scout program. After reading an excerpt, I nominated it for publication and when it was published, I got an advanced copy. From the excerpt, I didn’t think I was going to get anything awesome that would blow me away, but I really liked the idea. I went into this expecting a fun YA story with an interesting premise, and found myself liking it more than I expected.

Enter Penny and Sam Van Best. Sixteen-year-old high school students and, of course, identical twins. Unlike other identical twins though, they struggle to look and act identical. That may not seem like a big deal in our world, but in a high school environment where every pair of twins is expected to match perfectly, this creates some problems. Penny wants to be normal and fit in, which means that she and Sam must appear to have the same interests and style. Sam however hates being the same as her sister, and doesn’t care what other kids think. Both are also very different people, and their fellow students pick up on their differences and aren’t always that nice about it.

There is also a plot with a corrupt government and a paramilitary group out to get Sam and Penny’s mother. The plot was alright, but I actually enjoyed the ‘petty’ teenage dramas that Sam and Penny had better. The conflict between a longing to fit in and a desire to be unique was very relatable to me, and done really well. I think I would have enjoyed this story just as much if the stakes were lower, and it was just a high school drama in this twin-dominated world.

There is also a romance element. Again, the twin dynamic made the romance in this book much more interesting. In this world, the twins always match, and so a pair of twins will always date another pair of twins. Unlike the other twins though, Penny and Sam don’t have the same tastes, so they’ll never find a pair of boys they both like. There is this one boy that Sam has a crush on, but as she spends time with him she discovers that having a crush on someone does not actually mean you know them, or that you are guaranteed to be compatible. It’s a very realistic approach to teenage crushes and romance, despite the twin element.

The twin mutation in this book is well thought out, and we also see hints that it has led to a darker world. The first hint we get is at the very start, where the girls are competing in a popular rifle shooting contest on the last day of school, using their state-issued guns. Yes, state-issued guns in schools. We also see how the twin mutation has changed day to day life with the way the characters talk. ‘Anytwo’ replaces ‘anyone’ in a lot of speech. At first I liked this, as it showed just how the twins were seen as a matching set rather than individuals, however, it quickly became infuriating as characters would say two instead of one even when referring to a singular person. (e.g. I’m not the ‘two’ who did such-and-such.)

There were a few other things about the story I didn’t like. As I mentioned, the plot didn’t really interest me that much. It was also painfully obvious what the twist was, but I have no idea why it was a twist. It was information that could have (and should have) been told to Sam and Penny at the start. Though, I suppose if the girls had such a big thing to worry about, it would have changed their actions and we wouldn’t have gotten the character development we did.

I also found myself liking Sam a lot more than I liked Penny, but I got the feeling I was supposed to like Penny more. At one point Sam realises that she’s been selfish for making it so hard for Penny to match her, and we get a list of douche moves Sam had pulled in the past to support this. However, in story we see Sam going out of her way to match Penny for a special event, and suppressing her impulses to sabotage Penny’s matching outfits. I felt like the whole Sam has been selfish thing was forced.

Overall, I really enjoyed this book. Better yet it’s the start of a series! The weird thing is, I’m kinda more interested in seeing how the relationships work out than I am in following the plot, which is weird for me. Not that the plot is bad, I’m just not as invested in it. Though, given the subtle world-building and the way things ended, I have a feeling that the plot may get more interesting next book and am looking forward to it.

One last thing, be careful when Googling the title of this book. And just remember that it doesn’t involve a cup at all.

EDIT: Just found out that Book Two in this series is up on Kindle Scout right now. If you have an Amazon account and feel this is a series you’d like to see more of, go here to nominate it. As of writing this, there are 24 days left to nominate.