This is going to be a short one, since a lot of the books I read last month are for the Hugo Awards and I’ll talk about them later. Also, this will probably be my last monthly review post. I don’t think this format is working; it’s encouraging me to review almost everything I read, which is turning reading and reviewing into a chore rather than a hobby. Plus I’m mostly reviewing new release or popular books lately, so I don’t feel like I’m adding much new to the conversation. 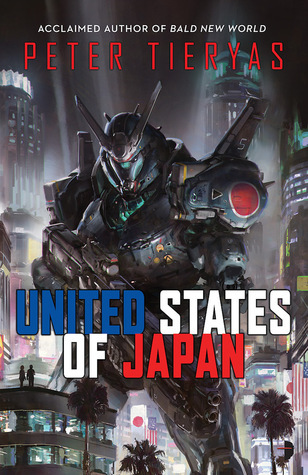 I wanted to love this one so much. United States of Japan was described to me as Man in the High Castle meets Pacific Rim and the sequel is called Mecha Samurai Empire. I wasn’t expecting the most thoughtful story ever, but I was expecting to have a lot of fun whilst seeing some of Philip K. Dick’s themes. What I got didn’t have enough Man in the High Castle or Pacific Rim for me.

By the way, I didn’t like Man in the High Castle. It has some great worldbuilding, and whilst an Axis victory in WWII has been explored before, I liked the way Dick explored it in High Castle. But the plot itself did nothing for me and I was really glad to be done with the book. Listening to USJ was a much more enjoyable experience for me than reading High Castle was, but it also made me realise just how well Dick portrayed his defeated USA, and that one of the reasons High Castle is such a strong story is because it emphasises how much chance and luck shape history. How we really could be living in a totalitarian nightmare (Or, a more totalitarian nightmare if you will) if different decisions were made or things went the wrong way. USJ didn’t pack as much punch for me, and to my surprise, that disappointed me just as much as the lack of cool mech battles.

Not that there aren’t mech battles; there was a really cool one at the end. There was a lot of cool stuff throughout the book, but between each awesome part (mech battles, life and death video game tournaments, etc.) there was a plot that didn’t grab me, following characters I didn’t like, with a twist that was painfully obvious as soon as we got the flashback scene halfway through the book.

Maybe I’m being too harsh with this book. There was a lot of good worldbuilding, and I had fun with some parts, but it just didn’t click for me. I think a big part might have been Tieryas’s writing style. A lot of his similes felt intrusive, and I didn’t like the long metaphors he used during the more graphic scenes of the story. And there was a lot of torture in this story, so this was a problem I came across a lot. To be fair, this could have been a narration problem, since I was listening to this as an audiobook, or I could have just been extra critical due to my other disappointments.

United States of Japan isn’t a bad book. I don’t think it’s a good book, but there are much worse stories out there. 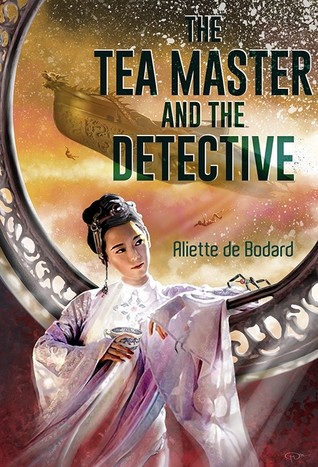 The Tea Master and the Detective

Yes I know this is a Hugo Nominee and I should talk about it later, but I’ve read and reviewed all the other nominees for Best Novella before. I don’t want to re-review the others, but I don’t want to make a post about all the novellas and only talk about one in-depth. I’m probably not going to do a separate post for all the categories this years: we’ll see how things go.

The Tea Master and the Detective is part of de Bodard’s Xuya Universe;a series told mostly through short stories. I’ve read a few of the short stories in this universe, but this is my first Xuya novella. I am very impressed. The universe itself has always interested me; it features a world where the Chinese colonised the west coast of the Americas, leading to Asian and Central American cultures having a larger influence in the world. Tea Master and Detective takes this premise into a far future with galactic Confucian empires of Chinese and Vietnamese inspirations. We don’t get to see that much of these Empires in this story, as we focus on a ship that makes tea and a mysterious private investigator solving a murder mystery at the edges of an empire.

The Shadow’s Child is a shipmind; an A.I spaceship born of a human mother who can interact with humans by holograms. She was traumatised by an accident in deep space that saw her crew die, and now makes a living blending brews of tea that contain herbs and drugs to keep a person alive in deep space. The story being told from The Shadow’s Child’s point of view was my favourite part of the book, because I just loved how de Bodard showed the everyday life of an A.I in this universe. The Shadow’s Child is a spaceship with spaceship issues, but she lives in a society where shipminds can sit down for a meal with humans. Not that they eat, but holographic foods trigger fond memories. Aside from the wonderful worldbuilding we get to experience through her, I also liked her as a character.

Even though this story is about investigating a murder, I hesitate to call it a murder mystery. I believe to earn that distinction the mystery has to be fairly solvable by the reader, but not too obvious. The mystery in Tea Master and the Detective was more just a story, with no chance for the reader to really examine clues. Despite this, I liked the detective Long Chau, and would like to see her in a proper Xuya murder mystery story at some point. Preferably with The Shadow’s Child as a partner.

In other news my Pokémon SoulSilver Nuzlocke challenge is going… well, it’s going. I’ve had a few setbacks. Both of the losing Pokémon type and of the getting addicted to Voltorb Flip and wasting away in the game corner instead of saving the world from Team Rocket. But I’m okay now. I’ll get there. I’ve also started falling really behind in my Goodreads Reading Challenge. Probably all that time flipping Voltorbs. I want to play and talk a lot more about video games in the future. I have a draw of unfinished games going back to the Gamecube era that I’ve been meaning to get through for years.

For this post’s Song of the Month, I’m going to post something that doesn’t really fit the SF/F theme, but I have had this song in my head for weeks now. Rammstein’s newest music video about getting carried away by a good song, despite heavy censorship. At least, that’s what I think it’s about.

Be warned, there are titties in this video. As well as radio humping and an ear getting cut off. Just standard Rammstein stuff.

One more thing before I go… look how cute Knight has been this week:

He has finally discovered that the bed is nice and warm. And yes, he does have a run in his stocking.

Now if you’ll excuse me, I gotta go cry over the results of the Australian election.